Endless rainy Sundays were for watching war films in my childhood. It’s how I bonded with my stepfather and even now, we sit down together to watch a classic battle epic whenever we can.

Without professing to have seen all the war films ever, I do seek them out over most other genres. Here’s my favourite war films that you might not have seen, and if you have, they’re definitely worth a revisit.

In no particular order…

“Wound my heart with monotonous languor” is a phrase that will always stick with me from this film. The call to arms of the French Resistance was one of the many things I learned from this tour de force of all things D-Day.

For a sixties movie, the cast is epic. John Wayne is amazing as always – the excitement from my stepfather whenever he comes on screen is reason enough to bring out the DVD on a quiet Sunday afternoon.

What really gets me is the international feel of the film. The story is told from all sides, although the only German’s portrayed are officers, which is something that gets overlooked in more recent war films. An American film that tells of the French and British roles is rare nowadays, although the Canadians do get roundly ignored.

The set-up for battle is long, but pitched well and the action shots are worth the wait and interesting to contrast to how combat scenes are shot by the likes of Spielberg in Saving Private Ryan. I reckon I’ve watched this classic a good seven or eight times and it doesn’t tire.

Us Brits don’t generally get taught too much about the American Civil War. If it’s not an era of history you’re too familiar with, be ready for an education.

The performance, and the story, that really gets me is Colonel Joshua Chamberlain, played by Jeff Daniels. His defence of Little Big Top, ability to inspire his troops, and courage in the face of waves of attacks is told with wonderful humanity.

Now is as good a time as any to try and get to grips with this period in history, so intrinsically linked as it to Black Lives Matter. Characters such as General Lee, his dignity portrayed brilliantly by Martin Sheen, aren’t demonised and there’s no feel of propaganda from any direction. The motivations of those going to battle are shown with understanding and the gentleman-like nature of all sides is preserved.

You’ll find plenty to read up on off the back of the film if you’re into history – The Civil War by Ken Burns is a great documentary series to follow up with. As a jumping off point to learning about modern America, you can’t go far wrong.

It’s been a while since a film really got under my skin; Angelina Jolie’s telling of the courage and bloody-minded determination of a prisoner of war held in Japan got into my head.

The story of Louis Zamperini’s war is epic. After his plane came down in the Pacific during WW2, he spends 47 days at sea. It feels like struggle enough, until he gets picked up by the Japanese. What follows – how he was treated, his courage, the guards – drew a very physical reaction from me, wincing and recoiling throughout.

Jack Connell takes the lead role and plays a blinder. At once you understand the pain and the spirit of a man, told starkly through his eyes. Ultimately, you’re watching a film of strength; one man’s battle through the war and against his captor and tormentor

My step-father wasn’t too impressed when I bought him something so modern to watch. “Well I liked that,” was his review, which is praise indeed.

When was the last time you had to bite the bullet? Watch the film about the origination of the phrase and you’ll hopefully leave you challenged and curious.

If you’ve never watched a Bollywood film before, this is as good a place to start as any. Don’t be put off by musical performances cropping up in a war film. I assure you they’re part of the charm and help move the story on.

Mangal Pandey was a sepoy in the British East India company and the catalyst for the “bloodiest rebellion in history”. Amir Khan is a Bollywood legend. His turn as the hero is passionate, thoughtful, and strong. You can almost feel the respect for Pandey as Khan embodies his legend.

After a new bullet cartridge forces Hindu and Muslim soldiers to bite through cow and pig grease, the native army rise up against the British. What I found truly fascinating was seeing the story told through the eyes of India. It can be tough to come to terms with how British rule is seen, but it’s a valuable lesson and the facts are told with great skill.

The Heart of Darkness is a book that’s been forever on my list to read and it never seems to make it to the top of the pile. I comfort myself with the fact I’ve watch Apocalypse Now more than a dozen times – the adaptation of the story to Vietnam rather than Africa.

This film is one of the reasons I moved to Vietnam for a few years, not through any romantic notion but to try and figure out the horrors. The contradictions in war, the weaving of a story, and moulding of the truth, are strong themes that really appeal to me to explore.

The words of Colonel Kurtz cut deep. I remember as a teenager, I had to really focus on his speech – you don’t encounter a performance so detailed and provoking so often. Hollywood has dissected America’s role in Vietnam from many angles, and Apocalypse Now is maybe one of the sharpest interpretations. 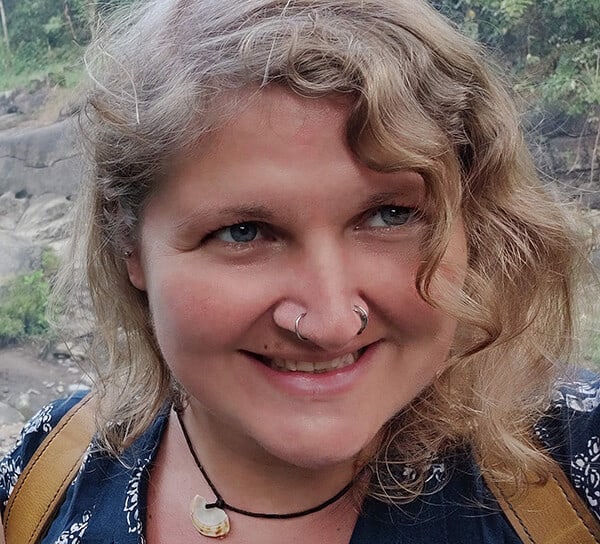 After working at the Co-operative Bank for five years, Joanne left to discover the world before returning to work helping customers understand their finances and get the most out of the banking. A career shift came after two more years, and she found herself working as a teacher in Hanoi, Vietnam before turning to her childhood of passion for writing.
WHAT TO READ NEXT...
Health & Wellbeing News

How to Start Saving Later in Life

What Is Equity Release and How Does it Work?

How to Diversify Your Investment Portfolio

What is Pension Credit? An In-depth Guide